Hardest races in the world 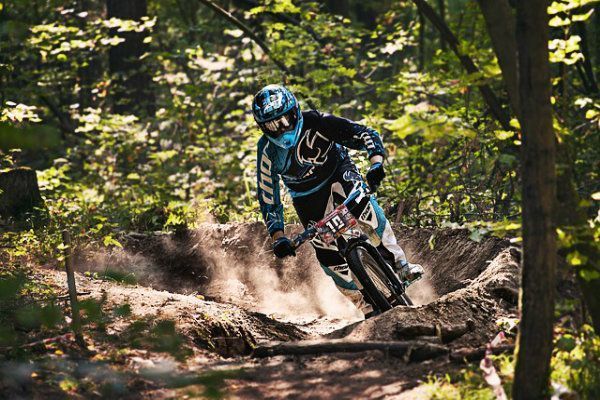 Hardest races in the world

In this article, we want to show you some of the hardest races in the world. Although each year they create new events, these are, in my opinion, some of the most legendary and emblematic competitions on earth. 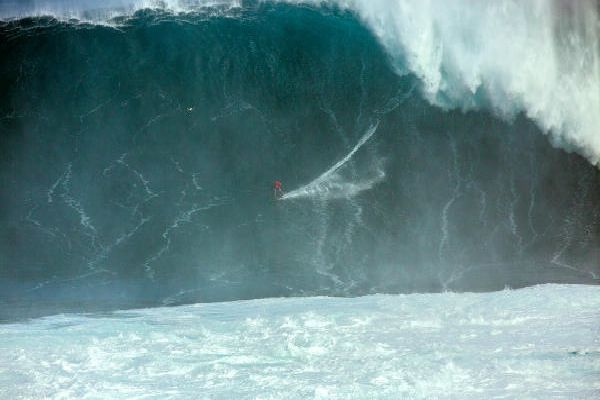 These awards are just won by the most daring and intrepid surfers on the planet. The competition has several awards, but the most important and the most popular are the “ride of the year” and “biggest wave”. For your records, this is not a competition that is celebrated on a specific date. The award rewards the best riders of the year at their best moments in several competitions of the season.

Some of the most famous and wildest waves on the planet are: 1st Maverick’s in California; 2nd Jaws in Maui, Hawaii and 3rd Teahupoo in Tahiti, French Polynesia. Almost all awards are won surfing in these fearsome waves.

For instance, in 2016 the “biggest wave” was won by Yuri Soledade to surf in Jaws a wave of 22m high 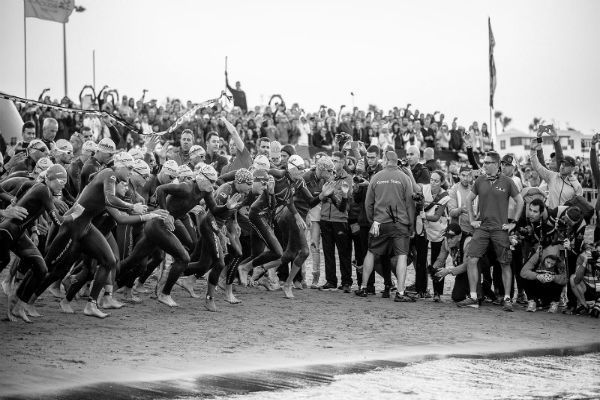 The Ironman is one of the hardest triathlons in the earth. It consists of 3.86 km swimming, 180 km cycling and 42.2 km running(marathon). The race has a time limit of 17 hours, an average time to finish of 12 hours. The record time to finish the race was set at 7h 13min. Triathletes competing at this distance should train hard months for this competition, covering great distances of swimming, cycling and running per week for a minimum of one or two years. If you want to compete in the world championship, you should participate in a series to have the opportunity to pass the stages to get in the final race. Most people consider it as the hardest race in history. The World Championship takes place in Hawaii every year, but other Ironmans are performed as qualifying series for the world championship in the rest of the world. The enrollment fees are between 535 and 580 euros 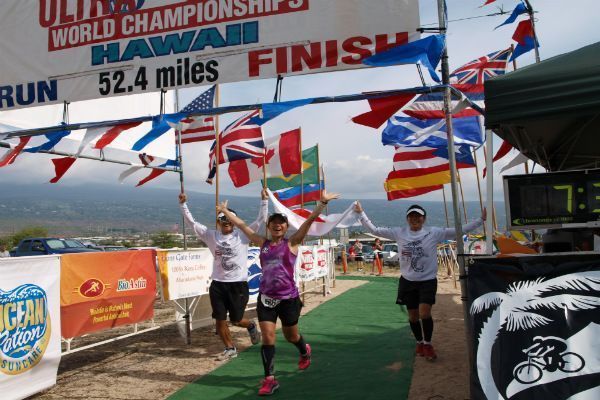 Despite the distances are longer than the Ironman, the athletes have 3 days and 3 stages to finish the race. It is allowed a time limit of 12h per stage and a total time limit of 36h. Like the Ironman, although the world championship is performed in Hawaii, there are other qualifying series across the globe. These stages are distributed as follows:

On the first day, they must swim in the sea about 10 kilometers. Just leave the water and they have to ride the bike until to reach 145 kilometers.

The third and last day you have to run a double marathon, yes I said double, or what is the same, 84km, more than just a walk. 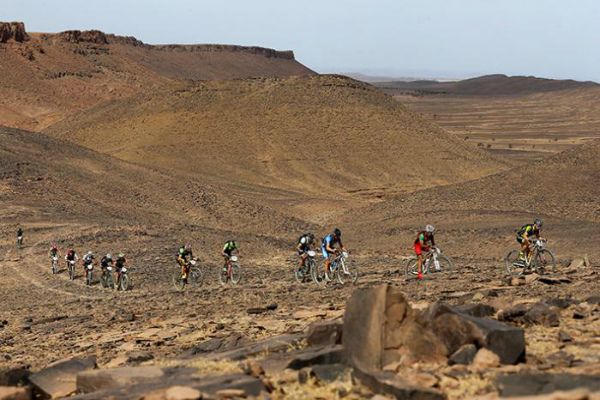 The GAES TITAN DESERT by GARMIN is a long-distance race open to all fans of cycling, sports, and self-sacrifice. It is above all an event that requires a desire to excel and a love of challenge: the challenge of achieving what few people in the world have managed to achieve to confront the desert, the extreme heat and the grueling distances under the worst imaginable conditions.

The competition is carried out in 6 stages for 6 days, with average daily distances of 110km. Each race has a secret itinerary not revealed until the date of the race is close. The race takes place in the desert of Morocco and the hardness is totally extreme due to the high temperatures. The prices of the previous edition ranged between 1700 and 2250 euros. 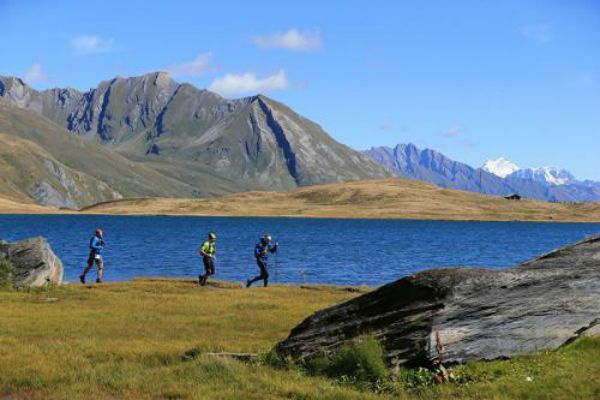 The UTMB is a trail-running event full of superlatives! An essential event for trail-runners from all over the world. Each year, the elite of the trail-running world find themselves in Chamonix alongside almost 8000 runners keen to participate in one of the event’s 5 races.

Committing oneself, to running around Mont-Blanc, is above all to experience an internal adventure, a unique experience where each participant will have to draw from their strengths and push their mental and physical limits in order to cross the finishing line. This extraordinary trip at the heart of the massif will permit trail-runners to cross valleys and passes in contact with the most beautiful summits, in an alpine décor which is unique in the world. The UTMB has 170km at altitudes above 2500m and with 9600m of positive height gain. The time limit to finish the race is 46h 30min and the fees to participate in the race are approximate 219 euros. 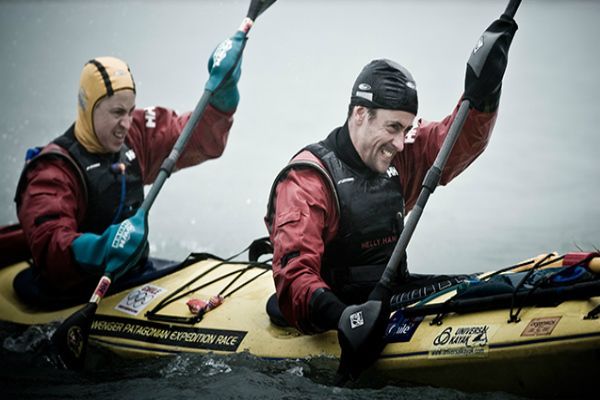 The Patagonian Expedition Race is an annual endurance adventure race that takes place in the remote wilderness of Chilean Patagonia, run to help protect and raise awareness about the fragile environment in this region. Known as the ‘Race to the End of the World’, the 10-day event challenges co-ed international teams of four athletes in the disciplines of trekking, sea kayaking, orienteering, and mountain biking. The race takes place on a different course each year, with competitors using a map and compass to navigate through previously unknown terrain. Due to its challenging nature, it is also known as ‘The Last Wild Race’ and has been described as ‘The World’s toughest adventure race and the ‘Dakar’ of adventure racing. The registration fee is approximately 4000USD per team. 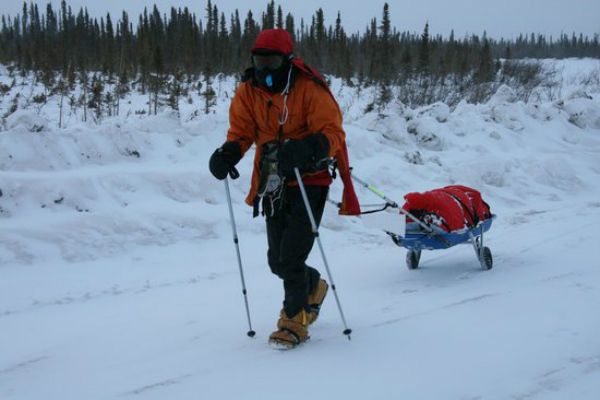 The 6633 Arctic Ultra is regarded by many as one of the toughest, coldest, windiest ultra distance footraces on the planet. The 2017 event will be the 9th edition of the race. The non-stop self-sufficient foot race is either over a distance of 193 km or 560 km, with both races cross the line of the Arctic Circle. The 193 km race finishes at the First Nations Hamlet of Fort McPherson, whilst the longer 560 km race continues to the banks of the Arctic Ocean at Tuktoyaktuk.

Competitors will be expected to carry or pull on sleds all their provisions for the race including food, cooking items, clothing, sleeping kit, and other safety gear. All racers will be allowed to have a bag at the finish line for spare warm clothing etc. The registration fee is approximately 3433 euros. 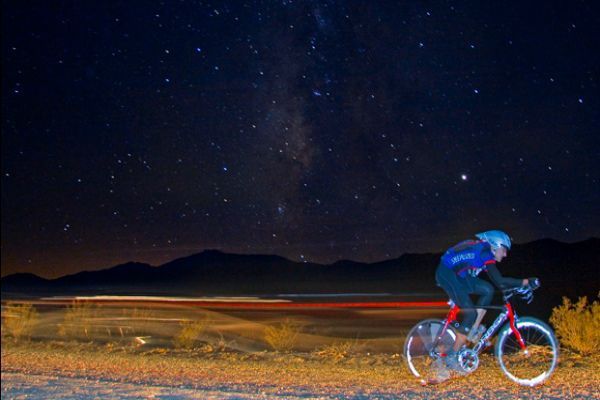 Founded by John Marino in 1983 and known as “The Toughest 48 hours in Sport,” Silver State 508 is the world’s premier weekend ultra-cycling race. This 508-mile bicycle race is revered the world over for its epic mountain climbs, stark desert scenery, desolate roads, and its reputation as one of the toughest but most gratifying endurance challenges available, bar none. The race is held every year in September. Overall Stats: 510.40 miles (818km)  / 20,000 feet (10000m) of gain and loss / 4000′ min altitude / 7500′ max altitude. Participation can be both solitaire (60% completion rate) and groups (100% normally). Although it has 40 hours to finish, the average is about 36 hours. The solo registration fee is between 395 to 495USD. The race takes place in California, the Valley of Death, and the Mojave Desert. 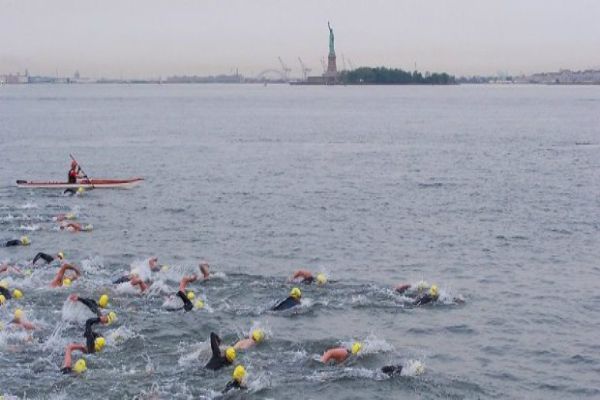 This renewed competition as 8 Bridges Hudson River Swim, the longest marathon swim in the world, is an epic swimming odyssey that celebrates the mighty Hudson and New York Harbor. From the peaceful Catskills to the dramatic Narrows, at the throat of the New York Harbor, intrepid swimmers cover 120 miles of the Hudson River’s great stream. For one week, each day’s marathon swim begins with the ebb tide at one bridge and ends at the next, covering distances ranging from 13.2 miles to 19.8 miles. Swimmers can participate as solos or relays in one to all of the seven stages. The registration fee for solo participants is $700/stage (stages 1-6) and $1300 in the seventh stage. If you register for the entire competition, the 7 stages cost $5000. The fees include a private escort in kayak and boat safety support.

* In Ultimate Wild Trip we believe that each trip has to be a unique and unforgettable experience that is recorded in our memory for the rest of our days. That is why we know that in order to offer different trips and that really touch the hearts of people, it is essential to be a specialist in the destination you offer. That is why we have visited and crossed from north to south all the countries in which we offer our own trips. We know firsthand what we sell. Whether you are looking for a tailor-made experience, or if you need professional advice about a specific destination, do not hesitate to contact us. You can also visit our page of tourist destinations and discover our offer of adventures and personalized premium trips. Write to us, we will be happy to organize a tailor-made adventure to remember.

Did you like our article about the hardest races in the world?

If you liked the article and our website, please fill in the form below and we will keep you informed of all our adventures around the world in our monthly newsletter. Stay tuned and follow us on our social networks for more adventures!

Responsible: ULTIMATE WILD TRIP, being the Purpose: sending our newsletter and commercial mails. Legitimation; You have to give us your consent. Recipients: your data is hosted on our Mailrelay email marketing platforms located in Europe. You have the right to access, oppose, rectify and cancel these details by sending an email together with a photocopy of your passport to: info@ultimatewildtrip.com. For more information, see our privacy policy.

You have successfully subscribed! Please, check your mail box to accept the confirmation email.