Things to do in La Palma, in the Canary Islands 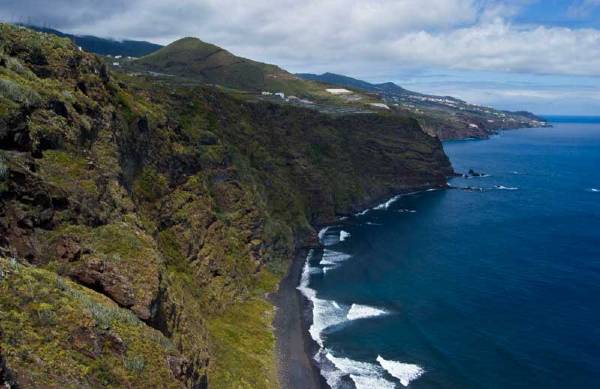 Incredible places to visit in La Palma, in the Canary Islands

Known as “The Beautiful Island” of the Canary Islands, it will catch you thanks to its landscapes full of geographical accidents such as numerous volcanoes, beaches, forests full of life thanks to its native vegetation and fauna, that will make you feel free and enjoy the fresh air. Here we leave you with a tour of some of the most impressive places to visit in La Palma in 5 days! 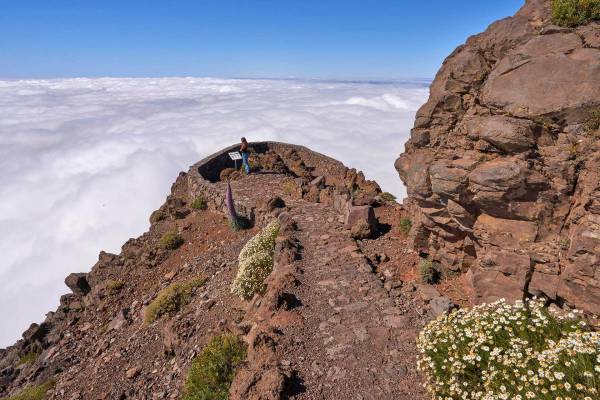 The summit of the island, a peak of 2426 m, is a great point where La Palma and the Caldera de Taburiente rest and where you can also see neighboring islands such as El Hierro and La Gomera.

Roque de los Muchachos is accompanied by 7 other peaks that act as a wall and that allow you to observe clouds at your feet.

You will also find the Astronomical Observatory, with the characteristics of this place it is a perfect to observe the spectacle of the stars and constellations; in addition to its telescope system with 14. 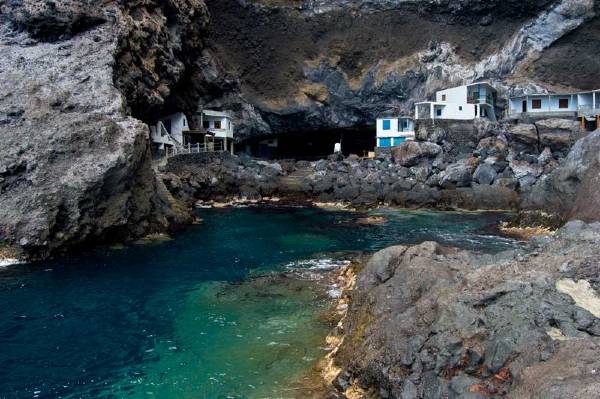 Porís de la Candelaria is a very picturesque and beautiful town embedded in a sea cave where only a few privileged can live. From their houses they have private access to the different coves and beaches in the area with clear and clean waters perfect for water activities.

Colour impact between the white of the saltworks and the gray of the cliffs. Here is the well-known Fuencaliente Lighthouse which “survived” the eruption of the Teneguía volcano.

At the foot of the lighthouse, you will find the “Salinas de Fuencaliente” created in the 60s, they are part of the Teneguía and the Cumbre Vieja natural parks and have been declared a natural space in the Canary Islands.

Depending on the time of day, the contrast of the blue of the Atlantic and the sky, the white of the salt and the volcanic black floors make an impressive mix of colors, where it is also highly recommended to enjoy the sunset.

A well-known product is the marine salts of Teneguía.

Next to the lighthouse and the “Salinas de Fuencaliente”, also formed thanks to the Teneguía volcano, is the Echentive beach, a volcanic beach, with black sand and completely virgin.

At one end of the beach, pools of crystalline waters have been formed that fill up when the sea rises and that in the future they will try to take advantage of to make a spa thanks to the thermal properties of the waters and that they have called as the Holy Fountain. 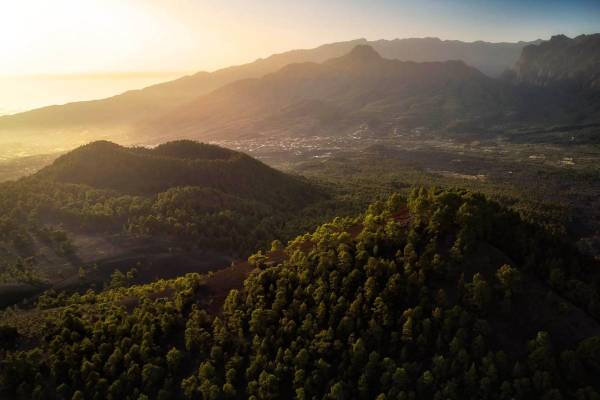 Declared a National Park, La Caldera de Taburiente is an essential destination to see on the Island of La Palma. Surrounded by vegetation such as the Canarian Pine forests, a native species of the area, you can take countless hiking routes where you will discover extraordinary places such as Taburiente beach, the Los Brecitos viewpoint, many streams that reach the ocean through the “Barranco de las Angustias”.

One of its most representative beauties that you should know within the Caldera de Taburiente is the Cascada de Colores, which I will explain to you below.

This small waterfall is located on one of the routes of the Caldera de Taburiente, through the Barranco de las Angustias.

You cannot miss this wonder of nature, A colored wall by the iron that makes up the water and that combines with the moss, the black volcanic ground and the vegetation with different green tones of the place.

Obligatory stop in our what to see in La Palma in 5 days!

Considered the most beautiful beach on La Palma, it joins the blue ocean with volcanic colors. This beach of about 600m in length, is surrounded by totally vertical cliffs that cover the sun in the early afternoon, so the best time to enjoy it is in the morning.

Beach with clear waters but with dangerous and strong stream, so it is not recommended to get away from the seashore.

To get there you must walk a small path that begins in Puntalla and takes you directly to the sea.

DO NOT MISS OUR TRIPS TO THE CANARY ISLANDS

*At Ultimate Wild Trip we believe that each trip has to be a unique and unforgettable experience that remains etched in our retina for the rest of our days. That is why we know that in order to offer different trips that really touch people’s hearts, it is essential to be a specialist in the destination you offer. That is why we have visited and crossed from north to south all the countries in which we offer our own trips. We know first-hand what we sell. Whether you are thinking of organizing the trip on your own, or if you want the advice of a professional in this destination, you can visit the page of our Spain tours. If you are looking for something more personalized, do not hesitate to contact us. We will be happy to organize a tailor-made adventure to remember.

Did you like our article on the best places to visit in La Palma, in the Canary Islands?

If you liked the article and our website, you just have to fill out the form below and we will keep you informed of all our adventures around the world in our biweekly newsletter. And of course our next articles on Spain. Stay tuned and follow us on our social networks for more adventures !!

Responsible: ULTIMATE WILD TRIP, being the Purpose: sending our newsletter and commercial mails. Legitimation; You have to give us your consent. Recipients: your data is hosted on our Mailrelay email marketing platforms located in Europe. You have the right to access, oppose, rectify and cancel these details by sending an email together with a photocopy of your passport to: info@ultimatewildtrip.com. For more information, see our privacy policy.

You have successfully subscribed! Please, check your mail box to accept the confirmation email.